I've always found QR codes to be quite interesting. The idea of tagging physical things in a reliable easy for computers to read way has many interesting possibilities. Today I was spending some time thinking of a project to work on. I want to learn more about using Amazon's Web Services and wanted a project that would be suitably challenging but not too difficult. Well actually I got a bit sidetracked, but maybe we'll get back to AWS if you follow this blog for awhile.

Like many engineers I like to think of myself as organized. I dutifully enter financial data into quicken for instance. And that's what really got me thinking. I like services like Mint, its great in fact, but its not very accurate in tracking how I spend my money. For instance anything spent at a gas station shows up as Gas and Fuel but I can assure you its just as likely to be chips and soda. So I prefer Quicken, it helps me budget more accurately and save by knowing what I really spend my money on. Wouldn't it be great if printed on the receipt was something I could scan with my smart phone and have it do more accurate data entry?

So I started to think about this in more detail. First a "standard" QR code, the kind you most typically see has a capacity of only 174 characters at its highest error correction level. There are higher density QR codes but I have doubts that they are printable on the standard thermal paper based receipt printers in most cash registers. So one thing to consider is go to a different format, there are lots of ways to print machine readable data on a cash register receipt. But it's hard to resist the QR code approach, as its popularity makes it instantly recognizable.

With 174 characters there's enough space for a date/time stamp, a company name, a transaction type (debit/cash/etc) and enough left over for at least 10 rows of category information. The total should probably be implicit as the sum of the categories. Let's use a simple pipe delimited format for an example (XML is too bulky for QR codes) 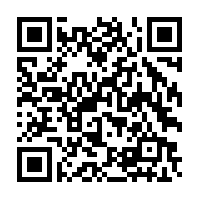 I made this a little more human readable then it needs to be, especially we could use a coding system for the categories, that would save a lot of space. The above is 66 characters long, more than 100 left. I would love to be able to scan something like this in.

I think most stores cash register software could accomodate this if there was a standard format. Many companies already break out a receipt like this to some extent in the human readable portion. Grocery stores even go into details like dairy vs. produce. Why should they do this? Well it's a convenience to their customers, it's a feature they can offer over competition, and if you added a secure hash of some kind you could tie a paper receipt to all sorts of online reward programs and opportunities.

I suppose some people might object on privacy concerns. A couple of thoughts, first make sure the bar code is not encrypted (except the hash :). So anyone can see what the data actually says. Keep any personally identifying data out of it. If you do that it doesn't really contain anything sensitive anyway, nothing more sensitive than the original receipt. I suppose if the general population really objected to it you could tie it into the various reward cards programs that are quite common. I don't foresee this would be a big issue.

Next time I'm going to write about some alternate ideas to accomplish the same goal. What do you think?